Get a free quote

Parliament House is the meeting place of the Parliament of Victoria, one of the parliaments of the Australian states and territories. Located on Spring Street on the edge of the central city grid, the grand colonnaded front dominates the vista up Bourke Street. Construction began in 1855, and the first stage was officially opened the following year, with various sections completed over the following decades; it has never been completed, and the planned dome is one of the most well-known unbuilt features of Melbourne. Between 1901 and 1927, it served as the meeting place of the Parliament of Australia, during the period when Melbourne was the temporary national capital. The building is listed on the Victorian Heritage Register.

For the prevention of the Terrorist attacks, Parliament House wanted to install three Anti-riot gates in three car park entrances and exits. It was the first Anti-riot gate project in Australia.

Boswen won the bid and organized a project team with relevant professionals, architect, designer, security expert, engineer, auditor and technicians, to run the project, from design to installation.

In 2014, Boswen finished the project on time, on budget and on quality and got the highly appraisal from the builder, security department and Melbourne Parliament House . And the three gates could resist the impact from one medium truck with 70km per hour. 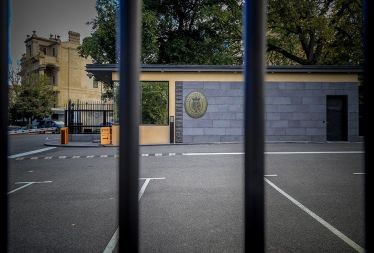